What has 1,250,000 bricks and is 210 feet tall? The Hatteras Lighthouse!  It is now depicted in a colorful wall sculpture brought to you by Everything Nautical!

Handcrafted from metal, this detailed wall art features a striking rendition of the Cape Hatteras Lighthouse in North Carolina. It measures 20" W x 28" H x 4.5" D and is hand-painted in beautiful coastal colors. In the background, the afternoon sun and blue clouds drift by, adding to this wall sculpture's charm.

Buy the Hatteras Lighthouse Nautical Wall Sculpture now at the guaranteed lowest price at Everything Nautical! 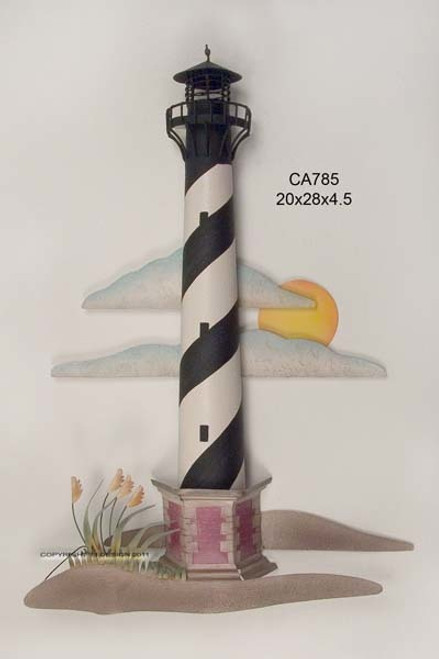